Spring is one of the best times to be in the nation’s capital. Temps begin to rise and the cherry blossom trees burst with pastel blooms. Rooted in a gift of 3,000 trees sent to DC by the mayor of Tokyo in 1912, the annual National Cherry Blossom Festival draws hundreds of thousands of people who come to see the blooms surrounding the Tidal Basin and to take part in citywide celebrations.

THE BIG QUESTION: When will the trees bloom? According to the National Park Service, the average peak bloom date is April 4, but every year is different. Check nps.gov for the latest prediction.

WHERE TO SEE THE BLOSSOMS DC?

DC is home to about 3,750 cherry blossom trees, most of which are just south of the National Mall around the Tidal Basin and in East Potomac Park. Popular blossom-viewing spots near the Tidal Basin include the FDR, Thomas Jefferson and Martin Luther King, Jr. memorials, plus the 360-year-old Japanese stone lantern at 17th Street and Independence Avenue. Explore on foot. Prefer to ride a bike? Rent one from Bike & Roll and cruise down Ohio Drive in East Potomac Park, a four-mile stretch of blossoms. Capital Bikeshare docks are located near most memorials, too. Parking is available but often limited during the festival. To escape the crowds, admire off-the-radar cherry blossoms at the U.S. National Arboretum and Stanton Park, both near Capitol Hill, or further out at Oxon Run Park and Anacostia Park.

A FLURRY OF EVENTS

The blossoms give rise to more than 150 celebratory events, starting with the official Opening Ceremony (March 21), which includes free performances at the historic Warner Theatre (be sure to reserve tickets in advance).

Family Days at the National Building Museum (March 21, 28 and April 4) offers indoor performances and hands-on fun such as interactive art demos. At the Hot Tricks Showdown during the Blossom Kite Festival (March 28), kids are wowed by expert kite- flyers and can also create their own kites.

Restaurants and bars also get into the spirit of spring by offering blossom-themed dishes and drinks. In fact, festival organizers partnered with the Restaurant Association of Metropolitan Washington for the Cherry Picks program, which showcases dozens of participating eateries.

Where to stay in DC?

More To Do in DC 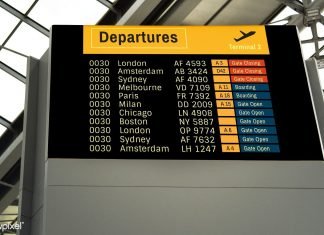 May 13, 2021
Just as we compete in furnishing and decorating guest rooms in our houses, putting there the most particular art pieces we have,...

4 Gardens to Explore in DC