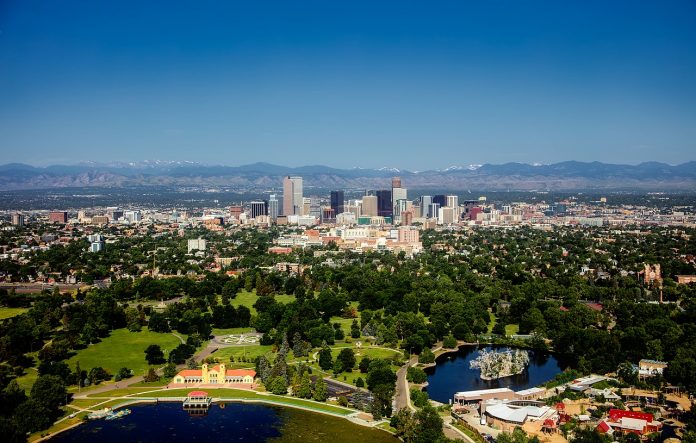 Denver is Colorado state capital, its nickname is The Mile High City because its official elevation is one mile above the sea level. Denver is surrounded by 120 miles of mountains which can be seen from the downtown. The weather their is shiny about 300 days of the year with average temperature 18 Celsius (64.3 Fahrenheit). July is the hottest month of the year where the temperature between 15 Celsius (60 Fahrenheit) to 31 Celsius (88 Fahrenheit).

Denver is the 21st largest city in the United States where its population is 2.8 million.

One mile from Civic Center Park to Denver Union Station with FREE shuttle service. This mile-long pedestrian promenade in the heart of downtown Denver is lined with 200 trees, 50,000 flowers, public art, outdoor cafés and a wide array of shopping options.

Tourist Information Center on California Street between 15th and 16th.

• Old West aficionados should drop into the lobby of the Renaissance Denver Downtown City Center in the Colorado National Bank Building to check out beautiful murals by famed Western artist Allen Tupper True.

• Free hybrid shuttle buses leave either end of the mall as often as every 90 seconds, stopping on every corner.

• The Denver Tourist Information Center at 1575 California Street offers knowledgeable staff, as well as Colorado-made products and brochures for attractions, arts and culture, shopping, tours and outdoor adventure. There is also an information desk at Denver Union Station, a 1914 train station that has been renovated into a transportation and entertainment hub.

The area is home to Coors Field, where the Colorado Rockies play ball, as well as a large concentration of Victorian and early 20th century buildings. Today, these iconic red brick warehouses have been converted into art galleries, trendy restaurants, sports bars, rooftop cafés, clubs and brewpubs.

• The renovated Denver Union Station is a must-see! This historic 1914 building has been transformed into a dining, shopping and entertainment hub, Tall centered around the 112-room Crawford Hotel. The station also serves Denver’s light and commuter rail lines, including a direct line to Denver International Airport.

LARIMER SQUARE. On Denver’s hippest block, find several coffee shops, chef-owned restaurants, nightclubs and some of the most exclusive boutiques in the city.

TATTERED COVER. If you’re a bookworm, LODO’s Tattered Cover is the place to be. One of America’s best independent bookstores, its shelves are packed with thousands of volumes. Grab a latte from the café and settle into an armchair for a relaxing morning.

WYNKOOP BREWING CO. Denver’s first (and largest) brewpub was co-founded by former Colorado Gov. (and previously Denver Mayor) John Hickenlooper. Sip one of their Railyard Ales and enjoy a variety of bar games, from billiards to darts.

Denver is Easy to get around

Airport to downtown Rail Services is an affordable and convenient way to get downtown.

Raid a bike with dedicated bike lanes and paths through the city. it’s easy to get around on a bike. 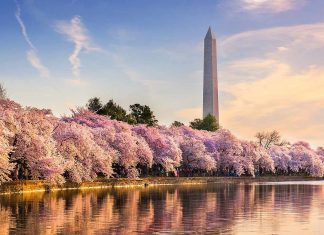 April 12, 2020
Southwest Waterfront The Wharf This historic locale resides next to the Anacostia River and...

The Benefits of Traveling with One Backpack