Whether your interests are cultural, culinary, historical or entertainment, the Alamo City offers world class attractions for the whole family.

In this city elebrating more than 300 years of history and multicultural confluence, the Mexican influence soars. Whether it finds you in the majestic beauty of its missions, the mariachi music drifting across el Paseo del Rio, or street tacos and margaritas at el Mercado, you will feel in your heart that San Antonio is the Mexican American cultural capital of the United States. Recognizing the city’s rich culinary heritage, local food movements and enthusiasm for sustainability, the United Nations Educational, Scientific and Cultural Organization (UNESCO) has designated San Antonio a Creative City of Gastronomy. Sample award-winning dishes and explore eclectic boutiques at the city’s newest culinary epicenter, Pearl, housed in and on the retrofitted grounds of the 1883 Pearl Brewery, or visit the shops and restaurants of Historic Market Square, featuring the oldest Mexican market north of the Rio Grande. When in San Antonio, you will likely remember to visit the Alamo—i.e., what’s left of the once sprawling Mission San Antonio de Valero. But you should also venture farther south to explore Mission San José, Mission Concepción, Mission San Juan, and Mission Espada, the Alamo’s less rowded, lovely sisters. Ride the life-giving waters of the San Antonio River on a colorful Go Rio river barge down the famous River Walk or kayak eight miles of riparian ecosystems on the Mission Reach Paddling Trail. Check out one of the many theme parks nearby, including SeaWorld San Antonio, one of the world’s largest marine-life theme parks; Six Flags Fiesta Texas, home of record-breaking rollercoasters; and Morgan’s Wonderland, featuring the world’s first fully accessible water park. And out where the highways roll into the Texas Hill Country, golfers, shoppers, spa-enthusiasts and lovers of fine dining will find plenty of what they are looking for at JW Marriott San Antonio Hill Country Resort and Spa, as well as La Cantera Resort and Spa.

Visit Texas’ German roots with a day trip to New Braunfels and nearby Gruene. Whether you peruse blocks of antique stores downtown or float miles of cool rivers at Schlitterbahn Waterpark, be sure to practice your two-step at Gruene Hall, Texas’s oldest dance hall. At Natural Bridge Caverns, descend 55 meters below the surface into one of the premier show caves of the world. View ancient formations from a lighted path or rappel and crawl through narrow tunnels on an adventure tour. Above ground, test your skills on the Canopy Challenge and giant outdoor maze or experience an African Safari, Texas-Style at the neighboring Natural Bridge Wildlife Ranch, where 40 species of exotic, native and endangered animals enjoy 185 hectares of rolling Texas hills.

More to See in San Antonio 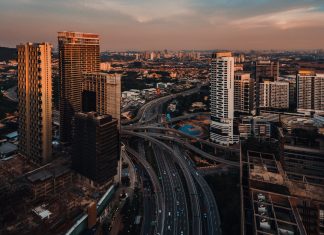 Where to Eat with Kids in Washington DC