This isn’t your typical suburb. Think of it as an “urbanburb.” In 2013, Forbes magazine named Alpharetta the sixth-fastest growing city in the U.S. A 22-mile drive north of Atlanta’s downtown unveils a charming and stylish city that’s home to a handful of hotels, unique dining and luxe shopping.

Home to the world’s busiest and most efficient airport, this area-including the rising cities of College Park, East Point, Hapeville and Union City-is one of the South’s most convenient destinations for business meetings, large and small. While you’re there, explore Arches Brewing, Delta Flight Museum, Chick-fil-A Home Office Backstage Tour and the Porsche Experience Center.

Luxury, couture and gourmet cuisine reign supreme in Buckhead, located just north of Midtown. Phipps Plaza, Lenox Square Mall and Shops Around Lenox sit across from each other amid some of the city’s most high-end hotels. Just down Peachtree Street, The Shops Buckhead Atlanta combines six blocks of haute couture stores such as Hermès, Dior, Etro, Tom Ford and more.

Just south of Moreland Avenue and Interstate 20, East Atlanta Village sits at the intersection of Glenwood and Flat Shoals avenues. The area is packed with quirky eateries and clubs, such as Argosy, Mary’s and Emerald City Bagels, and live music venues The Earl and 529. Little Five Points-the city’s alcove of the eclectic and funky-is lined with essential local institutions, such as Variety Playhouse, Wrecking Bar and The Porter.

In the heart of the city is a diverse mix of attractions, restaurants and massive venues, like the Mercedes-Benz Stadium, Woodruff Park and State Farm Arena-within walking distance of each other. Visit the must-see stops surrounding Centennial Olympic Park, including Georgia Aquarium, the World of Coca-Cola, the College Football Hall of Fame and the Center for Civil and Human Rights. Just a mile away sits one of Atlanta’s oldest and most historic neigh- borhoods, Old Fourth Ward, home to the Martin Luther King, Jr. National Historic Site. When the sun goes down, the area is a nightlife hot spot along eclectic Edgewood Avenue.

Sitting just north of Atlanta, these affluent areas are home to the Anne Frank in the World exhibit, Perimeter Mall, and the Chattahoochee River National Recreation Area. In this natural oasis, visitors can take a scenic trip down the “Hooch” by kayak, stand-up paddle- board or canoe. Nantahala Outdoor Center and High Country Outfitters offer rentals for a serene experience.

Find a Hotel with Best Price 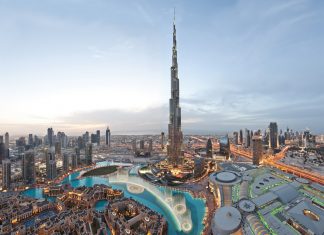 Top 10 Things You Should Know Before Visiting Dubai

March 26, 2020
Today, Dubai is one of the most important tourist destinations in the world. Dubai is an impressive city that combines the magic of multiple...

Antalya… The Paradise of Turkey