TarvellerDaily
الرئيسية Travel To Africa Marrakech… A Story of a City

It’s called the Pearl City, or the red city that has spacious places, magnificent scenery and high mosques. It was the capital of Unitarian and Saadian Empires in addition to Marabouts Empire before. It’s one of the most famous cities in the Moroccan kingdom, it’s “Marrakech”.

Marrakech is about 240 Km to the southwest of the capital Casablanca and about 580 Km to the southwest of the famous city Tangier. King Yusuf ibn Tashfin, the founder of Marabouts country, established Marrakech in 1062. There’s no trusted story about the origin of its name t it’s said that it is a combination of 2 barbaric words “Mar” and “Kesh”. They mean “Pass quickly!” as the city was the place where thieves and bandits can start their assault on the passing trade caravans. By the middle of the 12th century, exactly in 1147, Unitarians enter the gates of Marrakech, and then it became one of the most outstanding beacons of civilization in Moroccan and Islamic history.

The city has an international airport which is the 2nd biggest airport in Morocco, as it accommodates annually more than 3 million passengers receiving flights from the major airlines in the world. Once you arrive at the Marrakech international airport – located in the west south of the city – you will definitely be charmed by the pure breeze and wonderful clear sky in Marrakech. Then, you can take the train from the station that is only about 12 min from the airport by car. Hence, your tour in Marrakech gets started. You can also take the half-opened bus that roams the whole city if you’d like to enjoy the charm of the city and its beautiful scenes.

For about 8 centuries now, Marrakech wakes up on the sound of the Adhan of Fajr (Muslim Prayer in Sunrise) from a height of 70m; it’s the height of Koutoubia silo minaret. Meanwhile, the sun rises over one of the most ancient silos of the world. Silo’s interface is adorned with decorations and engravings made up of circular arrangements. There are also some colorful paints that represent geometric shapes along with writing inscriptions with short phrases written in Kufi calligraphy. All these features make the interface of the silo really unique in terms of architecture and decoration.

This ultra-unique engineering and architectural design are inspired by the design of Al-Manara tower in Algeria built early in the 11th century.

It’s really the center of Marrakech and its pulsating heart. At this square, visitors and locals enjoy shopping and watching riddles makers and taming snakes. In “Al-Fna Square”, you can see the beautiful Moroccan traditional dances as well as have some popular Moroccan cuisines. The district is surrounded by a lot of shops where you can buy souvenirs to remember your trip to amazing Marrakech which represents a combination of heritage and folklore in Morocco. Marrakech, the vivid witness on the civilization and the heritage of Morocco, attracts visitors from all over the world to see its outstanding attractions.

It is the most famous and ancient school in Morocco as it’s a unique architectural masterpiece that dates back to the Merinid Era. Ibn Yusuf School was built by Sultan Abu Al-Hasan Al Mareni in the middle of the 14th century. Its architectural style is characterized by decoration patterns, marble columns and umbrellas made of cedarwood. At Saadian’s age, the architectural engineering of the ancient building was reconditioned. Despite this recondition, the old items and style were kept the same. Cedarwood has been used mainly everywhere over the place as it appears clearly in the domes, corridors, ceilings and the prayers’ hall.

The area of the school is about 1680m2. It was and still is a prominent ancient landmark of Moroccan civilization and tourism. Over several centuries, the school has been the destination where many of the scholars and scientists learned.

Majorelle actually is a combination of the fascinating nature with its bright greenery and art with its inimitable charming designs. the buildings with bright blue. All these aspects create one of the finest and best gardens. In the Majorelle Garden – near the Bab Doukkala and Allal Al-Fassi street, you can find a place for mental serenity and psychological relaxation. You will also feel an inside spiritual strength and enormous positive energy. That made it the best destination of relaxation in Morocco.

It’s not only about green plants, Amazigh museum is also in Majorelle garden and that makes it more and more unique. The museum includes about 600 ancient pieces that tell a lot about the culture, traditions, and arts of Amazigh who inhabited many areas of Morocco. Majorelle Garden opens its doors any time of year from 8:00 AM until 6:00 PM with less than 4 dollars ticket. 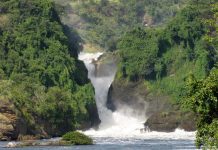 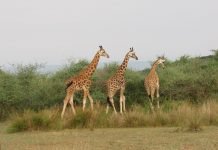 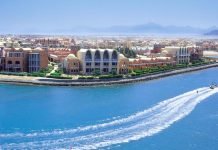 El Gouna … Paradise in the Desert 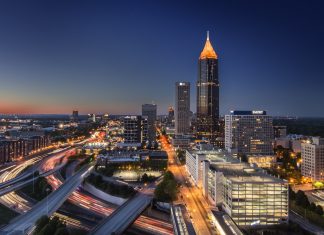 September 13, 2020
Welcome to Atlanta, a city that is home to the civil rights movement, Centennial Olympic Park, the splendid Georgia Aquarium and, of...