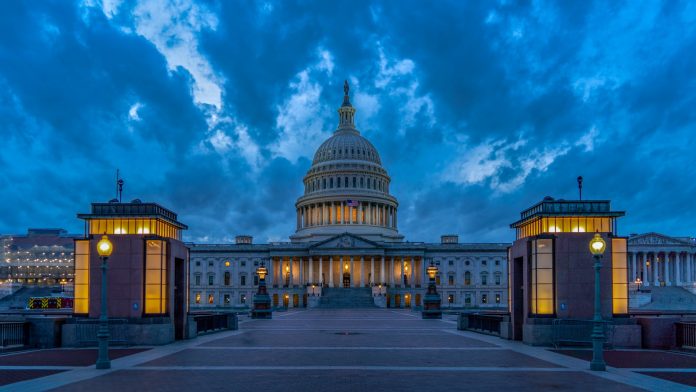 DC is home to over 20 distinct neighborhoods. Get to know eight of DC’s unique communities, and discover insider ideas for experiencing each one. Step into Washington, DC’s unique neighborhoods and get a taste of the local flavor.

Victorian row houses mesh with iconic DC architecture in this charming neighborhood that’s also rich in cuisine.
GO SIGHTSEEING After visiting the Supreme Court, Library of Congress and U.S. Capitol, tour the Folger Shakespeare Library or see a play after all, The Bard’s 450th birthday passed just free years ago.
SHOP & DINE Explore Union Station, a Beaux Arts-style train station full of shops and cafes. At night, dine along Barracks Row to the southeast.
HIT THE MARKET Eastern Market is open every day except Monday, but the quaint surroundings really come alive on weekends.

Edgy and fresh, Capitol Riverfront is becoming a popular destination thanks to a baseball stadium and new developments sprung from old shipyard lots.
GAME TIME Catch MLB’s Washington Nationals in a stadium featuring highcaliber eats and The Racing Presidents.
SIP & SAVOR Enjoy a seasonal beer from Bluejacket, one of the city’s most formidable brewpubs. Then, revel in Old World comforts at Osteria Morini, offering cured meats and house-made pastas.
PARK IT The Yards Park has it all: A major performance venue, a cool riverfront boardwalk, a waterfall and plenty of open space for kid-friendly (and dog-friendly) fun.

Top entertainment venues, museums and restaurants converge to make DC’s downtown an “it” destination.
CHOW DOWN Chinese eateries line a stretch of H Street NW. Penn Quarter is José Andrés territory: the celebrity chef’s six restaurants here include his fl agship, Jaleo.
COOL OFF Enjoy modern architecture (and A/C) in the Kogod Courtyard at the National Portrait Gallery and Smithsonian American Art Museum.
REMEMBER & REFLECT Relive a dark moment in American history by walking through the Petersen House, where President Lincoln died. Continue on through Ford’s Theatre’s free Center for Education and Leadership to see Lincoln-related exhibits and a 34-foot tower of books about Honest Abe.

This effervescent street that’s full of culture is back on the map since music venues, local theaters and nightlife hot spots have settled in.
DANCE Besides its name, there’s nothing sleepy about Rock and Roll Hotel, a two floor venue with DJs and live bands where you definitely won’t rest your head.
PLAY Check out the H Street Country Club, which offers a range of games from Skee-Ball to mini golf.
CRUISE Take the new DC Streetcar from Union Station down to H and 13th Streets and start exploring.

14th Street, a main artery of this mostly residential neighborhood, has recently seen an influx of new restaurants, cafes and bars. The street’s design shops and art galleries also draw crowds.
14TH STREET SMARTS Art galleries, home design shops and offbeat theaters keep company with the thoroughfare’s many restaurants.
WINE & DINE Sample everything from Southeast Asian-style street fare at Doi Moi to oysters on the half shell at Pearl Dive Oyster Palace to classic Tuscan cuisine at Ghibellina.
GO ARTSY Art is all around you with Gallery Plan B and Adamson Gallery, among others.

A hub for scholars, artists and the party crowd, Adams Morgan packs a lot of diversity into its
half-mile-long stretch of 18th Street. It lures visitors with vintage boutiques, vouched-for record shops, comfy cafes and great nightlife.
DIVERSE FOOD Ethiopian eateries like Meskerem join quaint Mexican, French and Italian restaurants along the strip. For night owls, The Diner is open 24/7.
PARTY TIME Esquire and GQ have toasted the whiskey collection at Jack Rose – it’s the largest in the Western hemisphere. The three-story bar serves barbecue and slings strong cocktails.
SUMMER CONCERTS Catch the summer concert series on the corner of 18th Street and Columbia Road, Saturdays from 5-7 pm.

It’s multi-dimensional all the way, from the Connecticut Avenue strip to cozy P Street and the LGBT-friendly 17th Street offshoot.
FOOD FOR THOUGHT Consider the Kramerbooks trademark, “serving latte to the literati since 1976,” and it’s easy to see why this bookstore cafe hybrid is so beloved.
CONTEMPORARY ART Explore The Phillips Collection, America’s first contemporary art museum.
FIRST FRIDAYS Dupont-area art galleries open their doors on the first Friday of every month to spotlight creatives and their arts.

Founded in 1751, Georgetown is actually older than DC itself. Its historic streets are lined with stellar restaurants, unique historical attractions and abundant boutiques and galleries.
TOUR Dating back to 1765, the Old Stone House is one of the oldest remaining structures in DC. Tour it and get a glimpse into middle-class life in colonial America.
INDULGE It’s a sweet tooth’s paradise with Georgetown Cupcake (featured on the TLC show DC Cupcakes), chocolate s’mores desserts from Pinstripes, handmade chocolates from ENO and Bourbon Steak‘s famous rootbeer float.
PLAY Kids can’t wait to run through the fountains and walk through the labyrinth at Georgetown Waterfront Park at the bottom of 33rd Street.

GEORGETOWN – Shop sophisticated indie boutiques like Britt Ryan, where a designer often helps with fittings, and Relish, a fashion-forward shop in the equally design store-dominated
Cady’s Alley.
14TH STREET – Score urban threads, accessories and shoes at Redeem. Peruse Miss Pixie’s for antique furnishings and ingenious designs that tie your house together. Partial to liquid? Sip before buying at a free Cork & Fork tasting, Fridays (6-9 pm) and Saturdays (3-7 pm).
ADAMS MORGAN – One of DC’s most diverse neighborhoods offers a wild potpourri of shops. Meeps buys and sells vintage fashions and Crooked Beat Records caters to your vinyl and music memorabilia whims.
DOWNTOWN – The new CityCenterDC development is populated by the retail elite, such as Allen Edmonds, Hugo Boss, Burberry, Kate Spade New York, Longchamp and Zadig & Voltaire. Don’t leave without glimpsing The Gateway at CityCenter, a kinetic and colorful video-art installation.

Step off the National Mall to find delicious food and drinks.

DOWNTOWN – In the past year, the new CityCenterDC development added two dining power players: the luxurious Del Frisco’s Double Eagle Steakhouse and DBGB, known for its French-American M.O. (see burgers the Yankee and the Frenchie). Nearby Casa Luca has perfected the art of pasta making, while City Tap House quenches an insatiable thirst with a robust beer list.
14TH STREET/LOGAN CIRCLE – This ‘hood is known for its diverse dining and nightlife. Head to B Too or Marvin for Belgian cuisine; sample tapas at Estadio or Barcelona; and hit up ChurchKey to sample any of its 555 available beers. Music-seekers can catch a show at legendary venue Black Cat.
CAPITOL HILL – Come hungry to the Barracks Row area, which features Bon Appétit mag’s “best new restaurant of 2014,” Rose’s Luxury. The restaurant won’t take reservations, but
nearby Belga Café does. Then, let macaron mania ensue at The Sweet Lobby. For a power
meal, head due north to Charlie Palmer Steak, whose U.S. Capitol views are almost as
celebrated as its New American cuisine.
H STREET NE – Wash down a bowl of mussels at Granville Moore’s with a beer from its chalkboard draft list. Other great night spots: Little Miss Whiskey’s Golden Dollar for karaoke and Vendetta, which has Prosecco on tap and glow-in-the-dark bocce ball on Friday or Saturday nights. 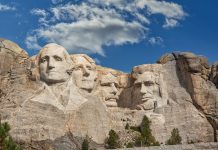 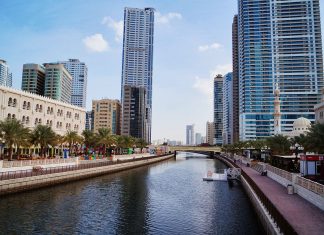 Sharjah… The Cite of Culture

Top Things to Do in Jeddah, Saudi Arabia