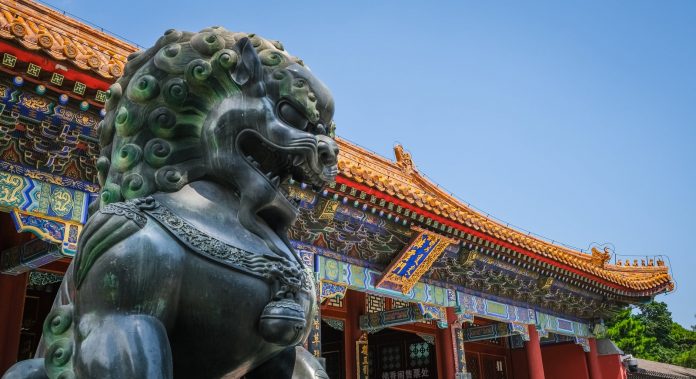 It will be a great sin for anyone to deny the fact that Beijing is a first-class global tourist destination. It is not just for businessmen or shopping as it has 3000 civilization along with six historic sites that are listed as UNESCO World Heritage sites. It’s the city of “The Great Wall” and “The Forbidden City” – the world’s largest palace -. It’s ranked as one of the top tourist destinations in the world by World Tourism Organization with more than 100 million tourists annually.

In this current June, Iraqi Airways has started to operate direct flights to Beijing. Your flight, our dear passenger, will start by our giant green bird landing at Beijing International Airport. This airport is considered The Gate of China and it’s one of the world’s top ten airports along with being the world’s second most crowded airport. However, Beijing Airport serves about 78 million passengers annually, the most notable thing there is the fast services and facilities.

The best tourist attractions in Beijing

Beijing has more than 200 tourist and historical sites that deserve visit. One single visit will not be enough to see them all, so we choose some of the most famous tourist attraction that you, dear passenger, should pay them a visit:

The Great Wall of China

When you talk about Beijing, you are definitely referring to a city that has one of the 7 wonders of the world, The Great Wall of China This remarkable and famous architectural edifice is known for its amazing historical myths as well as its strong fortifications and elegant appearnce along with beautiful curves that are in harmony with the natural landscape of China. The Great Wall of China extends along the north-western and northern borders of China from Beijing area till Handan with a length of 2400 km.

A visit to the Great Wall of China will provide you, dear passenger, with an unforgettable and unmistakable fun. It’s one of very few buildings that are built by human and can be seen from space!!!!

The Summer Palace is located in Beijing suburbs and it covers an area of 290 hectares. It consists of a major garden with a lake along with towers, halls, suits and indoor bridges.

It was listed as UNESCO World Heritage site and it was described as “amazing expression of creative arts in designing Chinese natural parks which includes works of both human and nature in a very harmonic way.”

It includes more than 800 buildings and approximately 8,700 rooms. There is the wonderful garden, “The Garden of The Palace * tome sculptures and beautiful handicrafts engravings are shining. It is UNESCO World Heritage site as it includes more than one million pieces of rare artifacts.

It is one of the world’s largest squares with an area of 44 hectares, and a capacity of half a million people. This tower has become a Symbol of modern China, where the late Chinese leader, Mao Zedong announced foundation of the People’s Republic of China. arena, there is a monument that rises 38 meters high for the People’s Heroes, in addition to the tomb of Mao Zedong. Nearby, there are Great Hall of the People and the National Museum of China.

Describing the park as World Park is not only kind of praise, but you, dear passenger, will discover that this description is ls right when you visit the park!! The World Park includes a model of the earth with its five continents and four oceans. The World ally includes 100 models for the world’s most famous attractions such as Great Pyramids and the Sphinx of Egypt, the Eiffel Tower d Park de Triomphe, Notre Dame Cathedral of France, Taj Mahal of India, the Leaning Tower of Pisa of Italy and the Statue of Liberty of Arc well as dozens of famous attractions from all over the world. It also has various places of entertainment such as theaters and U.S as well as restaurants and cafes.

You cannot visit the capital of the Chinese dragon without enjoying shopping. Downtown Beijing, there’s “Wangfujing” Street. This street is considered the commercial artery of the city. “Qianmen” Street, south of “Tian’anmen” Square, is also considered one of the most important commercial centers in the Chinese capital where you may find many shops that sell traditional Chinese products. Moreover, there is “Panjiayuan” Market which is famous for antiques and artifacts. It’s not only famous in China but it’s also the largest in the Asian continent as it includes more than 3000 shops. One World This is Beijing, the Chinese Legend that has the bustling atmosphere and lively streets in addition to retaining the distinctive ms style and splendid designs of its ancient buildings. 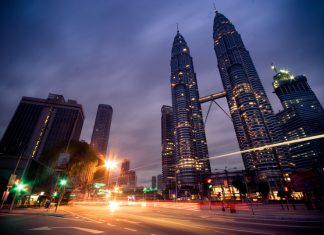 Top 10 Things to Do With Your Family in Kuala Lumpur

March 13, 2020
Kuala Lumpur, the capital of Malaysia, is one of the wonderful tourist destinations, as the number of tourists exceeds 26 million visitors annually.