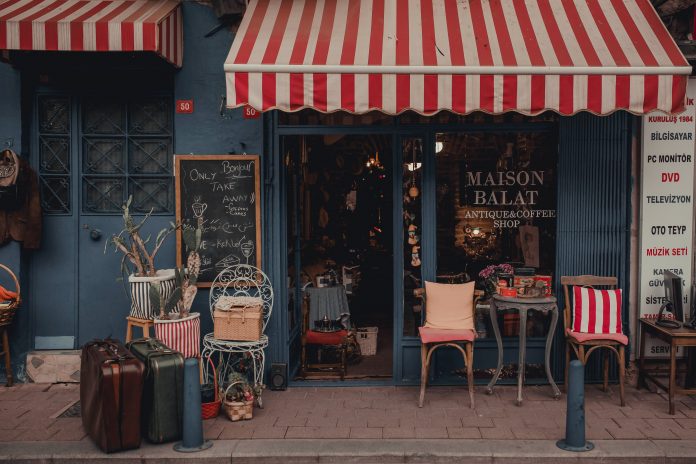 The history of the Balat area in Istanbul dates back to the era of the Ottoman Sultan “Bayezid II”, where he received the fleeing Jewish groups from Andalusia, after their deportation from Spain in 1492 AD, which made this neighborhood one of the greatest evidence of coexistence between religions and the values of respect for the other, which were established by the Ottoman Caliphate The Turks maintained it for many years.
The neighborhood was named after the Greek word “palation,” which means “palace.” This name is linked to one of two old Byzantine emperors: Constantine or Theodosius II. Balat was built during Roman times as a fishing village but during Byzantine times it became a major commercial port in which many ships stopped at its ports and it became a major trading center for goods coming from all over Europe. The population of Balat at that time was Bulgarian Christians. This area has many churches and synagogues.
When you visit Balat, you will be amazed by its old streets that reflect a wonderful artistic history that combines Ottoman Islamic architecture with Greek, Armenian and Jewish architectural trends. There are several historical monuments and museums within the district.
During the Ottoman era, Balat was expanded to include more residential areas and included several important places such as the Greek Hospital, Saint Stephan Church and other places that are now considered historic landmarks.
How to reach it?
Balat is one of the most important tourist areas in Istanbul, as it contains many historical and architectural monuments, which are considered one of the most important cultural landmarks in Turkey.

Balat is an excellent place to explore the local life and culture of Istanbul. It is also a perfect place for photographers and architecture lovers as well. The region is featured by colourful old houses and narrow streets.
When you go to the center of Balat, to the pretty small square where the Synagogue is, you will reach the impressive and authentic Cifit Bazaar, on the Leblebiciler Street. The Cifit name given to Jews during the Ottoman period. And the Bazaar took this name due tı the Jewish tradesmen that once have been in the area. You can find variety of pretty antique and vintage shops and mirror-selling shops here. There is also the Yanbol Synagogue and the famous Agora Tavern.
Fener and Balat are actually two different neighborhoods but so close to each other that they can be considered as one. You can see greek-orthodox churches, mosques (Balat Sahil Mosque), synagogues (Yanbol Synagogue) and a Greek school (Phanar Greek Orthodox College) all together in Fener-Balat which makes it very unique with its multicultural atmosphere.
Many local people still live here; however, some buildings are being restored for other purposes — such as boutique hotels, restaurants and art galleries. Balat is one of the few areas in Istanbul where you can still see authentic buildings from centuries ago that have not been destroyed to make way for modern developments.

Things to Do in Balat Istanbul

You can walk around the neighborhood for a couple of hours and enjoy its architecture. I would recommend that you dedicate one afternoon for this purpose. If you wish to visit the more popular attractions in Istanbul, you will find it quite easy to reach them from there.
The Chora Church is located in Edirnekapi, which is within a walking distance of Balat. The church is famous for its mosaics and frescoes. It is open to the public and you can buy your tickets right there on the spot.
If you are visiting during Ramadan, be sure not to miss the Ramadan Lantern Festival (Ramazan Şenlikleri) held annually at Haseki Korusu Park (Haseki Meydanı) by Sultanahmet Square. The main event takes place on June 10th, but visitors can enjoy lanterns lighting up the neighborhood throughout the month of Ramadan. The moment when all lanterns are lit at once is spectacular!

This is a fantastic toy museum showcases a variety of lovely toys that will make you have a journey from the past to the present and into the future. Here you’ll enjoy the great toy collections gathered from the various parts of the world, as well as specially produced toys and workshops suitable for every age group. You‘ll definitely find a piece of yourself here.

The park is located in Balat neighborhood, in one of its most beautiful streets, right on the shoreline. This place is so special because it offers an amazing view over the Golden Horn river and visitors can relax on the grass or have some snacks while enjoying the stunning view.

Vodina street is the most lively spot in Balat, where most of the cafes and restaurants are located. The rest of the neighborhood expands inland and it is mostly uphill. Once you have explored its picturesque streets, make your way towards the shores and sit at one of the restaurants located between Yildirim street and Vodina street to enjoy a hearty meal. Here are 3 places that I strongly recommend.

Old Balat Cafe & Kitchen – You will love Loved the service and the location. They have a station outside where they can prepare you freshly squeezed orange juice. So refreshing and healthy!

Forno – For the hip interior and the delicious food. Be sure to try the local lentil soup and the lahmacun cooked in their stone oven.

Köşem Pastanesi – You can’t visit Turkey and not try some of the traditional desserts. At this place I had one of the best baklavas to date!

Where to stay in Balat?

As for accommodation; there are not many opportunities in the regions. You can only find couple of hotels. The Hotel Troya Balat, Balat House and Fener Suit Apart Hotel are the popular mid-range hotels in the region at first sight.

How to Reach Balat? 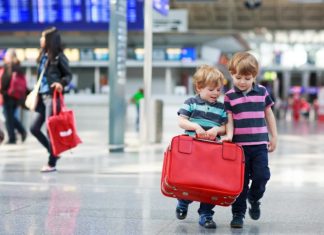 Top 5 Kid-Friendly Airports in the USA

May 26, 2021
Traveling with children aged infant to teen isn't always the easiest task, especially when trying to navigate and survive a big airport...