TarvellerDaily
الرئيسية Travel To Asia Antalya… The Paradise of Turkey 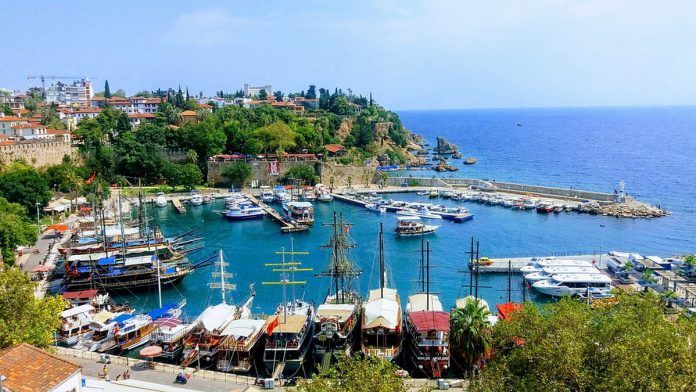 Where the smell of great history along with charming nature, it’s Antalya. It’s considered one of the most beautiful and famous touristic destinations in the world. Moreover, it’s called “Heaven of Turkey” as it’s actually the touristic capital due to its fascinating nature and infrastructure. These factors helped Antalya to be the favorite destination for millions who love sun, sea, nature, history and eastern uniqueness. Antalya is located in the southwest of Turkey, 518 Km from the capital Ankara. The city has its important international airport which receives millions of tourists every year. In terms of nature, Taurus Mountains surround the city as if they hug it, so landscape there is fascinating and beaches are unmistakable. Historically, Antalya was built in the 2nd century BC under the name of “Atalya”, and then it became “Adalia” and finally “Antalya”.

The old city (Kaleiçi) witnessed the ancient civilizations that were established in Turkey such as Byzantine, Roman and Ottoman empires. All these civilizations leave their obvious marks in every corner of the old city. Kaleiçi lies in the east from downtown, and it still has its old style and walls along with its narrow streets and ancient stores. It also has mosques and Lighthouses that date back to the Ottoman’s era. Narrow streets and the classic architectural style take you into a journey through time ends up in front of the old port where restaurant, coffee shops, and anchorage. The anchorage is the place where you can sail to enjoy the amazing coast of Antalya. In the north of the old city, Cumhuriyet square never sleeps! There, painters show there artworks, art lovers chant songs and music for free and circus professionals play their acrobatic shows. Also in Cumhuriyet sq, you can enjoy the unique sound and light show every day nearby water fountains after sunset.

On both sides of the streets, there are a lot of stores that sell antiques, souvenirs and counterfeit goods of international brands such as clothes and watches, in addition to restaurants that offer famous Turkish food.

During your visit to Antalya, you must experience its tram till you reach “Ataturk park” (Atatürk Parkı). It has a unique seafront, from “konyality” beach until the old city. Thousands of local and foreign visitors come to Ataturk park in order to enjoy the view of the city. There you can see the Mediterranean coast in front and Taurus Mountains behind. Visitors can find a lot of restaurants and coffee shops, in addition to wide green areas. They can also enjoy music concerts that reflect the joyful spirit of the city. The high hill there is considered the start point of the annual show for sea jumping sponsored by “Red Bull”.

Antalya Aquarium is considered to be one of the biggest aqueous museum in the world. It’s like those famous aquariums in Valencia and Genoa in terms of area and beauty. It contains thousands of various spices of fish and other beautiful sea creatures swimming in more than 7 million cubic liters of water in order to simulate sea life. If you ever dreamed of swimming with sharks, you can do that at aquarium Antalya in a private pool. You can wear protective clothes that will enable you to swim with non-wild types of sharks.

Duden waterfalls (Düden Şelalesi) lies in the northeast of the city, about 10 Km from city center towards “Lara” resort. You can see the water falling down from 40m; also you can enjoy the best relaxation time among green areas having the delicious traditional Turkish food.

Antalya Museum (Antalya Müzesi) is the most outstanding museum in Turkey, in Konyality zone. In more than 13 halls, visitors can see about 5000 unique ancient pieces that speak of story about successive civilizations established in Turkey, such as Roman, Byzantine, Seljuks, Ottomans, and other civilizations that have left prominent and obvious imprint in the Turkish life. Antalya is not only a historic or coastal place, it’s also one of the most important centers for therapeutic tourism in Turkey. The city has also its artistic face, as it hosts the annual national festival, known as “the golden orange” (Altın Portakal Film Festivali), in October. 2014 Festival (51st) is headed by the famous Turkish actor “Halit Ergenç”, hero of the Turkish drama “Muhteşem Yüzyıl”. So, Antalya is a perfect tourist destination that fulfills all needs of its visitors.

More to see in Antalya 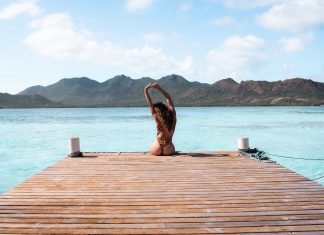 July 15, 2020
Many people have understandably put their 2020 vacation plans on pause due to Covid-19 concerns. The CheapAir Team has also discovered a...

Plan Your Next Adventure: Be a Counselor at a Summer Camp...