Remember and honor the thousands of innocent men, women, and children murdered by terrorists in the horrific attacks of February 26, 1993 and September 11, 2001.

Respect this place made sacred through tragic loss.

Recognize the endurance of those who survived, the courage of those who risked their lives to save others, and the compassion of all who supported us in our darkest hours.

May the lives remembered, the deeds recognized, and the spirit reawakened be eternal beacons, which reaffirm respect for life, strengthen our resolve to preserve freedom, and inspire an end to hatred, ignorance, and intolerance.

On a clear Tuesday morning, 19 terrorists from the Islamist extremist group al-Qaeda hijacked four commercial airplanes, deliberately crashing two into the Twin Towers in New York City and a third into the Pentagon in Arlington, Virginia. After learning about the other attacks, passengers on the fourth plane, Flight 93, launched a counter-offensive, and the plane crashed into an empty field in western Pennsylvania.

The 9/11 attacks killed 2,977 people from more than 90 nations. The oldest victim was 85 years old; the youngest was two. More than 400 were first responders who died performing their sworn duties.

The original World Trade Center (WTC) was a 16-acre commercial complex built between 1966 and 1987. It contained seven buildings, a large plaza, and an underground shopping mall. The centerpieces of the complex were the Twin Towers. On February 26, 1993, Islamist terrorists detonated explosives in the garage underneath the WTC, killing six people and injuring thousands. On 9/11, the entire complex was destroyed.

The fully redeveloped WTC will include the Memorial and Museum, commercial office space, retail, and connections to public transit. The master plan for the site, created by Daniel Libeskind, calls for a spiral of new towers around the eight-acre Memorial.

The 9/11 Memorial opened on the 10th anniversary of the attacks. It consists of two pools set in the footprints of the original Twin Towers. Thirty-foot waterfalls-the largest in North America-cascade into the pools, each then descending into a center void. The names of the victims are inscribed in bronze parapets around the pools. The Memorial was designed by architect Michael Arad and landscape architect Peter Walker. The design was selected through an international competition that received 5,201 submissions from 63 countries.

The Names On The Memorial

The nearly 3,000 names of the victims of the 2001 and 1993 attacks are inscribed in bronze around the perimeters of the two pools. The arrangement of names is based on layers of “meaningful adjacencies” that reflect where the victims were on 9/11 and relationships they shared with others who were killed that day, honoring requests from victims’ families for specific names to be next to one another. To learn more or to find a name, visit names.911memorial.org, download the 9/11 Memorial Guide app on your smartphone, or use an electronic directory on the Memorial plaza.

All but one of the trees on the Memorial are swamp white oaks. The exception is a Callery pear tree known as the “Survivor Tree.” After 9/11, workers found the damaged tree, reduced to an eight-foot-tall stump, in the wreckage at Ground Zero.

The tree was nursed back to health in a New York City park and grew to be 30 feet tall, sprouting new branches and flowering in the springtime. It embodies the story of survival and resilience that is so important to the history of 9/11. Today, the tree is supported by temporary guide wires as it takes root.

The Museum is the global focal point for preserving the history of the events of September 11, documenting the impact of the attacks, and exploring their continuing significance through monumental and personal artifacts, first-person accounts, and multimedia displays. It is located beneath the 9/11 Memorial at the World Trade Center. It includes two core exhibitions: In Memoriam, which pays tribute to those killed in the attacks on 9/11 and in the 1993 World Trade Center bombing, and a three-part historical exhibition, which tells the story of what happened on 9/11, explores what led up to the attacks, and examines the aftermath and how 9/11 continues to shape our world.

Get your tickets with a really good price here.

The Big Apple, as New York City is fondly known, is the best place to begin a dream USA vacation. In the City that Never Sleeps there’s always something to do. Take a flip in a helicopter for an aerial view of the city. Or canter along on a romantic horse carriage ride in Central Park. Art-lovers shouldn’t miss the Met, MoMA, and architecture fans will love a heritage walking tour. It’s all about views from the top in NYC, so head up the Empire State Building and the Top of the Rock Observation Deck for incredible cityscapes.

More to see in New York 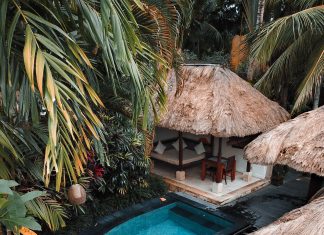 6 Tips You Should Know Before Visiting Bali

Vienna… The Land of Art and Luxury

Top 10 Things You Should Know Before Visiting Dubai