From tailors’ ateliers to framers and cobblers, each mahalle (neighborhood) has a specialism. Designers are making use of this talent so check the provenance of your product before you buy.

After 13 years in Amster­dam, 290 Square Meters opened this sister space in Galata in late 2013. The shop stocks items from a mix of small designers such as The Good Flock, alongside international staples such as Porter and Grenson. 1290sqm.com

Store co-owner Damla Kurklu also started the city’s cult read Bone magazine seven years ago. Kurklu felt inspired to invest in a physical space to showcase the work of the talents she has met on her travels. selfestate.com

Highly absorbent towels or pestemal were traditionally worn in the nation’s steamy hamams but, as its name suggests, this colorful nook in Galatasaray has artfully updated these hand-loomed items for a contemporary audience. This space was opened in late 2012 and offers everything from blankets to bedspreads and scarves to throws (made with Turkish cotton, linen or soft bamboo). Also worthy of your attention are pieces from local designer Ozlem Kaya. pechedemalle.com

With velvet cushions by Rifat Ozbek’s venture Yastik, porcelain by the Turkish ceramicist Tulya Madra and modern pearl inlay work from Beirut, Hic is an emporium of intriguing design. Run by EmelGuntas and her well-informed staff – such as courteous photographer-designer Ahmet Gulkokan – it’s the perfect place to pick up an earthenware coffee maker, a felt wall hanging or a brass paperweight. There’s an interior-design service, too; the team can help you create a custom-made Ottoman to sprawl on. hiccrafts.com

This salon-style boutique is hosted by former fashion-magazine director Fatos Yalin. Yalin’s eclectic store is stocked with her own label silk shirts (made in Istanbul ateliers) as well as a striking collec­tion of vintage pieces. From art deco silver trays to 1930s corsages, everything is for sale. Yalin treats the shop like a fashion set, styling according to the season. There is also a selection of Turkish-made porcelain and ballerina flats crafted in town. feyistanbul.com

MORE TO SEE IN ISTANBUL 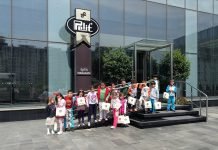 Let’s explore the world of chocolate together! 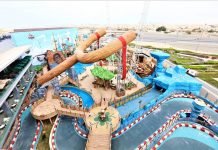 Top 5 Entertainment Things to Do in Qatar 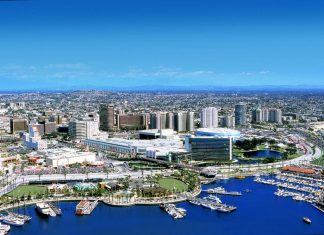 April 19, 2020
The Long Beach is located in the heart of Southern California, Long Beach blends the urban sophistication of a big city with...

Fresh herbs are the essence of Kurdish cuisine. People also love to cook with an abundance of vegetables. Lamb and chicken are the primary...
اقرأ المزيد
Europe

The history of the Balat area in Istanbul dates back to the era of the Ottoman Sultan “Bayezid II”, where he received...
اقرأ المزيد